A major bugbear SMBs and enterprises have always faced with their choice of network switches is vendor lock-in. Switches running proprietary firmware leave them at the mercy of the vendor who will release upgrades and new features as and when they please.

You can choose the OS you want when you buy a server and Dell thinks you should able to do the same with your switches. The company is one of the few manufacturers to have designed its open networking (ON) switches to run a choice of 3rd-party OSes.

The family comprises four members and we review Dell’s flagship S6000-ON preinstalled with Cumulus Linux. A key advantage of this partnership is that Cumulus Linux is built from the ground up as a data-centre grade networking OS and is capable of running virtually any Linux application you want. 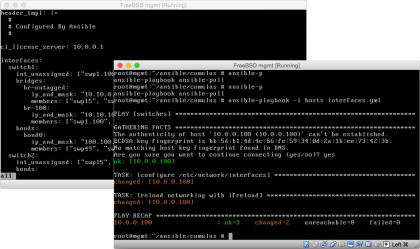 The S6000-ON is ideally suited to high-performance, top of rack switching duties. It has 32 40GbE QSFP+ ports and has a claimed backplane switching capacity of 2.56Tbits/sec.

If you want more 10GbE, you can use the QSFP+ ports with breakout cables to split them out to four SFP+ 10GbE ports. This gives you up to 96 10GbE ports and still leaves eight 40GbE ports available.

Hardware redundancy is good as the S6000-ON has two hot-plug 460W power supplies. Cooling is handled by three hot-plug fans modules designed to work with the hot-aisle/cold-aisle cooling flows used in the latest data centres. 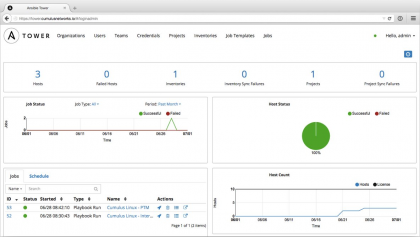 What Cumulus can do

The traditionally concept of an SDN calls for three layers with the application layer at the top and the physical network at the bottom. In a standard SDN, the central control plane is removed from the hardware and run in software as an SDN controller but with the S6000-ON, this remains on the switch and is managed by the Cumulus software.

Selected at the point of sale, Dell delivers the switch with the software preinstalled and with standard L2 switching and L3 routing enabled. Cumulus also offers a wealth of switch management and monitoring features.

It provides its own SNMP daemon allowing the switch to be monitored by any standard SNMP software. It can provide typical operational values such as processor, memory, port utilisation and traffic statistics. Cumulus also has an sFlow agent.

Cumulus supports MLAG (multi-chassis link aggregation) where both switches are active and if one goes down, the other assumes all primary functions and carries on with no service interruptions. 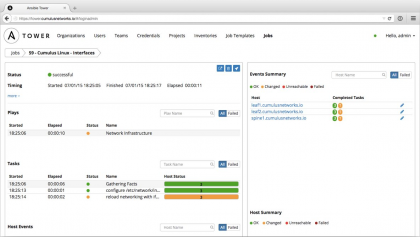 What Cumulus can’t do

If you’re planning on using the switch to manage large storage networks then Dell’s FTOS is a better choice of OS. Its iSCSI Optimisation feature allows the switch to recognise Dell Compellent and EqualLogic storage arrays and auto-configure flow control, Jumbo frames and CoS prioritisation.

Cumulus Linux doesn’t have a GUI front end so all management and configuration is done using the CLI (command line interface). However, we found the user manual very informative with typical Cumulus commands easy enough to understand and use. 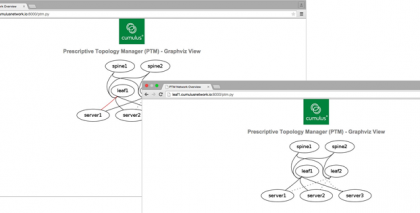 With Cumulus on the case there’s no need to configure and provision switches individually as this is automated using scripts. The switch has the Nano, vi and Pico text editors installed but, as this is Linux, you can load whichever text editor you like.

Deployment can be fully automated as when the switch first boots up, Cumulus knows it’s new and can check URLs passed to it by a DHCP server. You can use the open-source ONIE (open networking install environment) to boot the switch, update it with the latest OS version and run scripts to enable selected ports, apply a license and email support staff to tell them the switch is ready for action.

For zero-touch provisioning, Cumulus can work with the Ansible automation tool and its scripts and templates. You’re not restricted to Ansible as you can use whatever automation tool you want such as Puppet and Chef and although these require an agent on each switch. Cumulus has this covered too as they’re installed by default and just need enabling.

Along with automation tools, the switch can run a wide range of other apps including DHCP and DNS servers or web servers such as Apache. However, bear in mind that some of these can be processor intensive so don’t get carried away if your main priority is switching performance.

By separating hardware from software, Dell’s open networking switches aim to disrupt the establishment and offer a versatile alternative. The S6000-ON and Cumulus Linux simplifies network deployment and automation tasks immensely, provides SDN future-proofing and delivers a wealth of 40GbE ports at a competitive price.