Moving the Internet of Things towards maturity

Moving the Internet of Things towards maturity 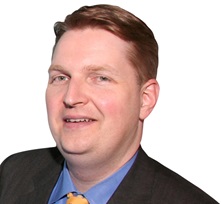 The Internet of Things (IoT) is at a tipping point. The phenomenon that was once expensive, proprietary and mostly embedded into large machines has today evolved into a consumer-driven trend, led by technologies such as digital wallets, Google Glass and self-aware tracking gadgets.

As end-point devices, networks, sensors, storage and application software continue to converge, we’re well on our way to a future where all manner of devices will be connected to the Internet.

By 2020, as many as 30 billion “things” will connect to each other over the network, according to IDC.  While much of the initial IoT hype has centred on consumer devices, Dell sees the transformation and opportunities in the enterprise and industrial sector. 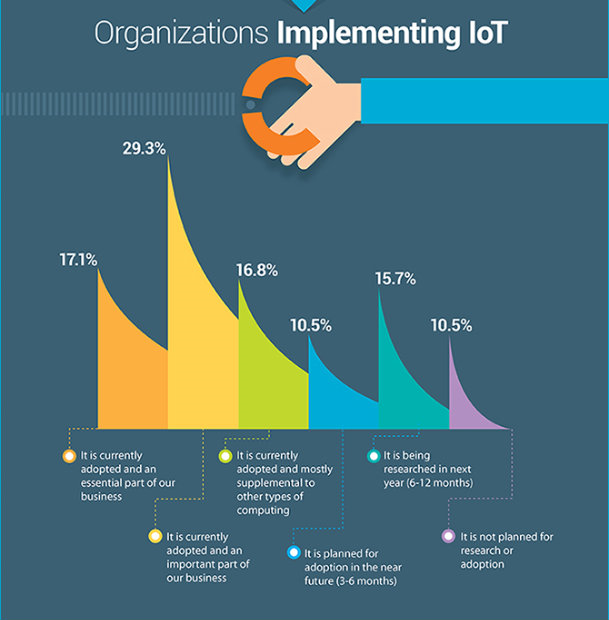 IoT in companies: Illustrated are the levels of IoT adoption. — Dell

Governments, businesses and equipment vendors today are designing and deploying applications and devices with IoT in mind as they enable more specialised equipment to send information to the Internet, and receive actionable insights in return.

The potential is endless for both governments and organisations to realise efficiencies and provide citizens and customers with superior service and value.

In Asia Pacific and Japan, organisations, especially in the healthcare and manufacturing industries, have benefited from early IoT implementations based on open-source standards.

While the projects are all very different, each deploys technology in new ways to capture more data than was possible in the past, and harnesses that data to gain new insights that improve the way business or government operations are run.

Government mandated initiatives and the relative lack of legacy automation could lead to this region leap-frogging in IoT adoption in the near future.

More needs to be done for us to get past the hype to turn data into insights and truly benefit from the IoT promise.

While any one IoT-related device can typically communicate with more powerful devices such as smartphones and PCs or directly to the cloud, there is still a of lack industry protocols to standardise the communication between connected machines.

Devices that are on different operating systems are likely to support different proprietary protocols and will not exchange data with each other, for example.

A mature IoT will require common standards within and across device types for communication and connectivity. Translators will be needed to bridge the gap between legacy devices and the ones designed with IoT in mind. 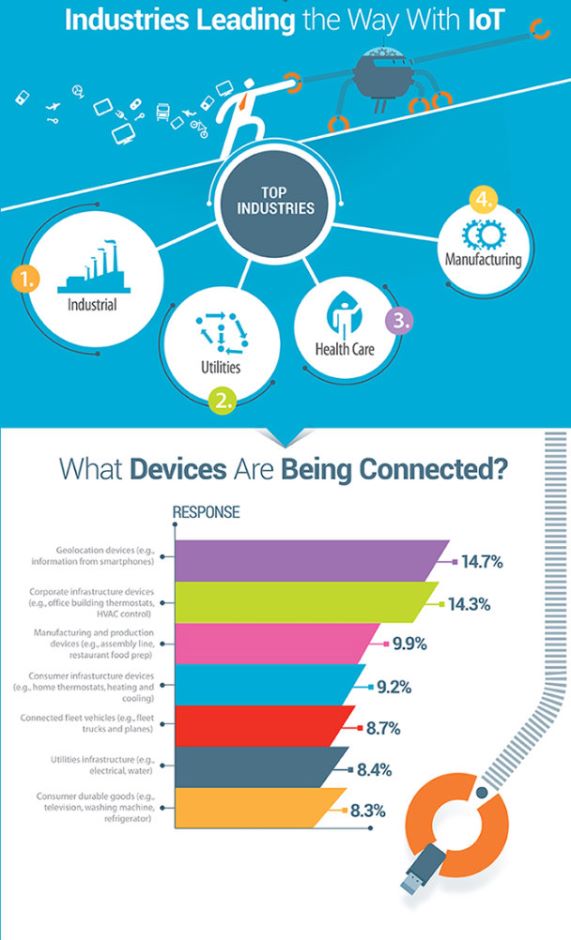 Ensuring that billions of devices are connected to each other is a notable achievement, but what’s really invaluable will be the insights that can be harnessed from the data that IoT can capture.

That ‘big picture’ data could help identify even more trends and execution capabilities, optimisations and actions that were not possible before.

Managing that data comes with challenges too. Each device will need ways to store incoming data, and forward that data on to more powerful systems for analysis.

Businesses will need much more storage in the future to handle the sheer volumes of data that can potentially be recorded, as well as hardware and software that is magnitudes more powerful to actually perform analytics on such ‘big’ data.

Selecting the right data to analyse is also critical, and people with data science experience must be involved. In-depth knowledge of the industry and the business can indicate where the synergies may lie. The data has to be high quality too: as accurate, comprehensive, and as up-to-date as possible. 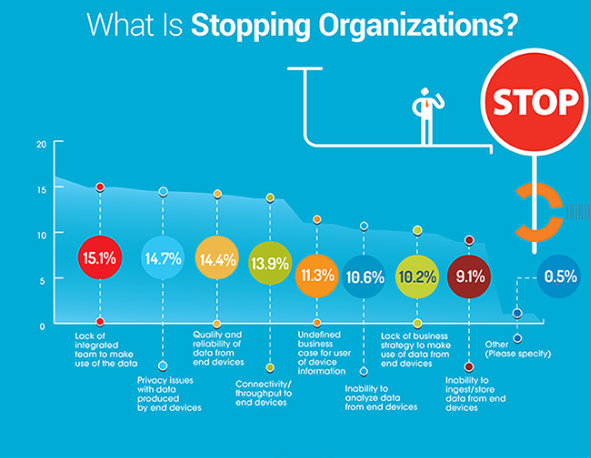 The lack of an integrated team to make use of data is a major barrier to IoT adoption. — Dell

Security and privacy must also be considered. The IoT will add an exponential number of devices that cybercriminals can potentially infiltrate.

End-to-end infrastructure protection that is able to identify threats intelligently will be needed to ensure that data is secure and private from endpoint devices all the way to the data center and beyond, into the cloud.

We’ve come a long way since IoT was first discussed. With the right solutions in place, we’ll be seeing IoT helping businesses and governments unlock innovation, drive efficiencies, and improve the customer experience in ways we never could have imagined.